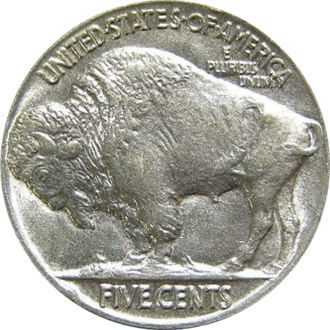 If I said the word “nickel” most people would immediately think of the U.S. coin representing $.05.  The nation has issued a “nickel” since 1866 and today the coin is composed of 75% copper (Cu) and 25% nickel (Ni).  I suppose that most citizens do not realize that nickel plays a very critical role in our ordinary and everyday lives.  Pure nickel is rare in nature but refined nickel from sulfides and oxides is used in so many products—rechargeable batteries for our cell phones (and other electronics), numerous pieces of medical equipment, corrosion-resistant coverings, tougher steels, catalysts in the petrochemical industry, heat exchangers, special magnets critical in industry, and many others.  Of particular interest is stainless steel, an alloy with iron and 8-12% nickel.  Somewhere over 3000 nickel alloys are in daily use, mostly nickel combined with copper, iron, chromium and zinc but other nickel compounds contain sulfur, oxygen, and chlorine.  Many nickel blends in nature are a characteristic green in color such as chrysoprase, a type of chalcedony colored green by nickel compound inclusions. Nickel is fairly common in meteorites (iron-nickel types), and is known from deep sea nodules.  Geologists also believe that nickel is a common element in the core of the earth.
Nickel is one of those minerals that is essential, strategic and critical to the U.S. economy; however, it is not a major product of the nation’s mines. In fact, the U.S imports at least 40% of our nickel that we use in: stainless and alloy steel production (~50%), nonferrous (non-iron alloys) and superalloys (~40%), electroplating (~7%), and other uses (4%)   (www.minerals.usgs.gov/).  All other nickel seems to come from recycling (including plants in Louisiana and Texas producing a nickel-cobalt byproduct while reprocessing spent catalysts used in the petrochemical business) or as a byproduct from other metal mining. The famous Stillwater Complex in the Beartooth Mountains of Montana produces platinum and palladium with nickel as a byproduct.  Canada, Indonesia, Australia, Philippines, and Russia currently are the World’s biggest producers (all over 200k metric tons per year).
The last major operating U.S. nickel mine, near Riddle, Oregon (Glenbrook Nickel Company), was closed around 1998 when the base price of ferronickel collapsed.  By 2007 the price of nickel had skyrocketed and was trading on the commodities market at over $23 per pound.  On June 20, 2014, the market was pricing nickel at $8.21.  Generally speaking, the price is increasing as industrial activity picks up after “The Great Recession.”

So, without much nickel production, or even large proven reserves, how should the U.S. move forward?  I cannot answer that question fully; however, one positive note is that a new mine has recently opened in Michigan and the USGS reports the presence of a chalcopyrite-pentlandite (iron-nickel sulfide) underground operation with full production scheduled for late this year (perhaps as much as 16,000 tons).  Two other nickel prospects are in varying stages of development in northeastern Minnesota.

There are two kinds of commercial nickel deposits: residual concentrations of nickeliferous laterite associated with basic or ultrabasic igneous rocks, and nickel sulfide ores formed by replacement or magmatic injection. The sulfide ores must be smelted while the nickel in laterite deposits are extracted using

However, of real interest to me (considering my long history of living in the Midwest) are the minor nickel accessory minerals associated with Paleozoic limestone and dolomite beds.  Two of those minerals are millerite and polydymite associated with calcite crystals and geodes described in the Blog Post on June 16, 2014.  A third mineral is siegenite [CoNi2S4<--------> Ni2CoS4] from calcareous rocks in the Viburnum Trend (lead and zinc) in southeastern Missouri.  Porter Geoconsultancy (2013) described the geology of the Viburnum Trend as: being one of two major sub-districts (the other being the Old Lead Belt) of carbonate-hosted lead-zinc deposits comprising the Southeast Missouri District.  The Trend extends for more than 50 miles along the western flank of the St. Francois Mountains, a region of Precambrian igneous rock exposed at the structural apex of the Ozark Plateau. Mineralization is hosted primarily by the Cambrian Bonneterre Dolomite, a regionally distributed limestone formation that has been extensively dolomitized within the Southeast Missouri district. Metallic mineralization is virtually continuous over the entire length of the Trend, forming a single deposit. Lead (galena) dominates, with grades averaging 5.5 to 6%, accompanied by lesser zinc (sphalerite), the highest average grade of which is 2.8% Zn.

Geochronologic and geochemical evidence links the formation of the Viburnum ores to Alleghenian (Upper Carboniferous-Permian) tectonism in the Ouachita Mountains ~200 miles to the south. Uplift of these mountains, and of the associated Arkoma Foreland Basin (in Arkansas and Missouri situated between the Ouachitas and the Southeast Missouri District), stimulated a regional groundwater-flow regime that led to the carbonate hosted Pb-Zn deposits.  This situation is similar the deposition of millerite described in a previous blog (June 16, 2014)—the solution flow came from adjacent deep basins.


One of the more famous, and specimen producing mine in the Viburnum Trend, is the Sweetwater Mine in Reynolds County near the southern edge of the Trend.  The mine may, or may not be, in current operation as the mine seems to change ownership quite often.  As with other Trend mines, the Sweetwater is a lead-zinc mine producing from several ore bodies in the Bonneterre Formation that in turn was deposited in Cambrian marine waters around and on the residual Precambrian knobs, hills and valleys.  Specimen mining has produced cubic galena, clusters of large dogtooth calcite, double terminated and gemmy yellow calcite, dolomite crystals, pyrite crystals but especially pyrite pseudomorphs after galena (latter seemed to dissolve away), chalcopyrite (some iridescent most many crystals subject to an acid treatment to produce “peacock ore”: see Blog Posting May 21, 2014), and especially siegenite crystals. 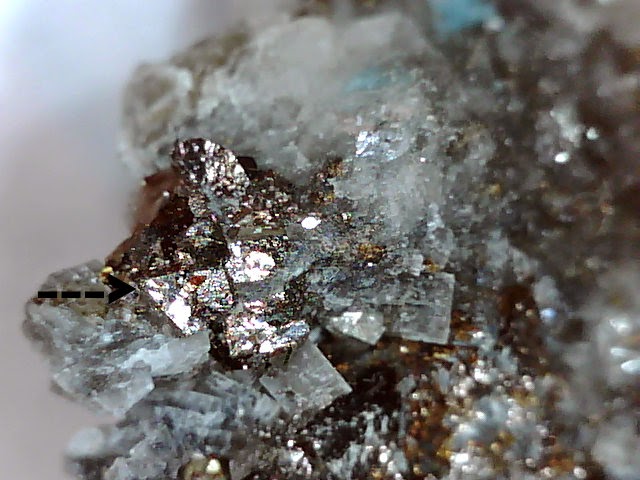 Siegenite is one of those minor nickel minerals that pops up in localities around the world (MinDat lists 225) but is considered to be uncommon.  In the posting on June 16, 2014, I described another uncommon nickel mineral, millerite (while mentioning possible polydymite) found in Midwestern Paleozoic carbonates.  Well, siegenite [CoNi2S4<------>Ni2CoS4], with a variable range of composition of nickel and cobalt, also is present at a few localities in the Midwest but is most common in the Paleozoic carbonates of the Viburnum trend and especially in the Sweetwater Mine.  In fact, most of the siegenite specimens listed “for sale” on various web sites were collected at the Sweetwater.  I picked up my specimen at the Denver Show a couple of years ago.
Siegenite crystals, often octahedral, have a steel-gray color and a metallic luster.  The hardness ranges on either side of 5 (Mohs) and the crystals are certainly opaque. For a muddler like me, the crystals certainly could be mistaken for galena, or maybe even silver.
I just find it quite interesting that these somewhat rare nickel minerals are present in Midwestern carbonates and have been deposited via deep-seated solutions.  There are several other of these uncommon nickel minerals for which I will keep my eyes peeled.
REFERENCES CITED
Porter Geoconsultancy, 2013, Viburnum Trend - Viburnum No. 27, Magmont, Buick, Brushy Creek, West Fork, Fletcher, Sweetwater Missouri, USA: www.portergeo.com.au/database/mineinfo.asp?mineid=mn293