The 22nd Street Show consists of a very large tent-like structure that contains in excess of 100 individual vendors.  Most of these sellers have large “booths” containing several tables—more “big-time” vendors rather than “mom and pop” operations.  I spent nearly the entire day perusing rocks, minerals, fossils, beads, equipment, and a wide variety of “lots of things related to our hobby.”  I particularly enjoyed some fabulous dinosaur casts made available by Triebold Paleontology headquartered in Woodland Park, Colorado.  Triebold also operates a museum known as the Rocky Mountain Dinosaur Resource.  If readers might be traveling through Woodland Park, take a break and visit this nifty museum.

The 22nd Street venue also holds some of the “stars” associated with the TV show The Prospectors.  Amanda and Travis Anderson had a quite large venue selling mostly Pikes Pikes and Mt. Antero specimens. The Busey family was present and Dwayne Hall. All seemed to be busy signing autographs on posters.

A couple of other vendors had large displays of Green River, Wyoming, fish and some beautiful palm fronds.  There was a nice display (and sale) of Solenhofen (Germany) fossils.  Opal was in abundance and some of the cuts were really nice, but quite expensive.  Numerous jewelry vendors were up and running with prices ranging from $10 earrings or pendants to blue sapphire rings selling for five figures.  It was just a nice day wandering around and sometimes talking to friendly vendors. 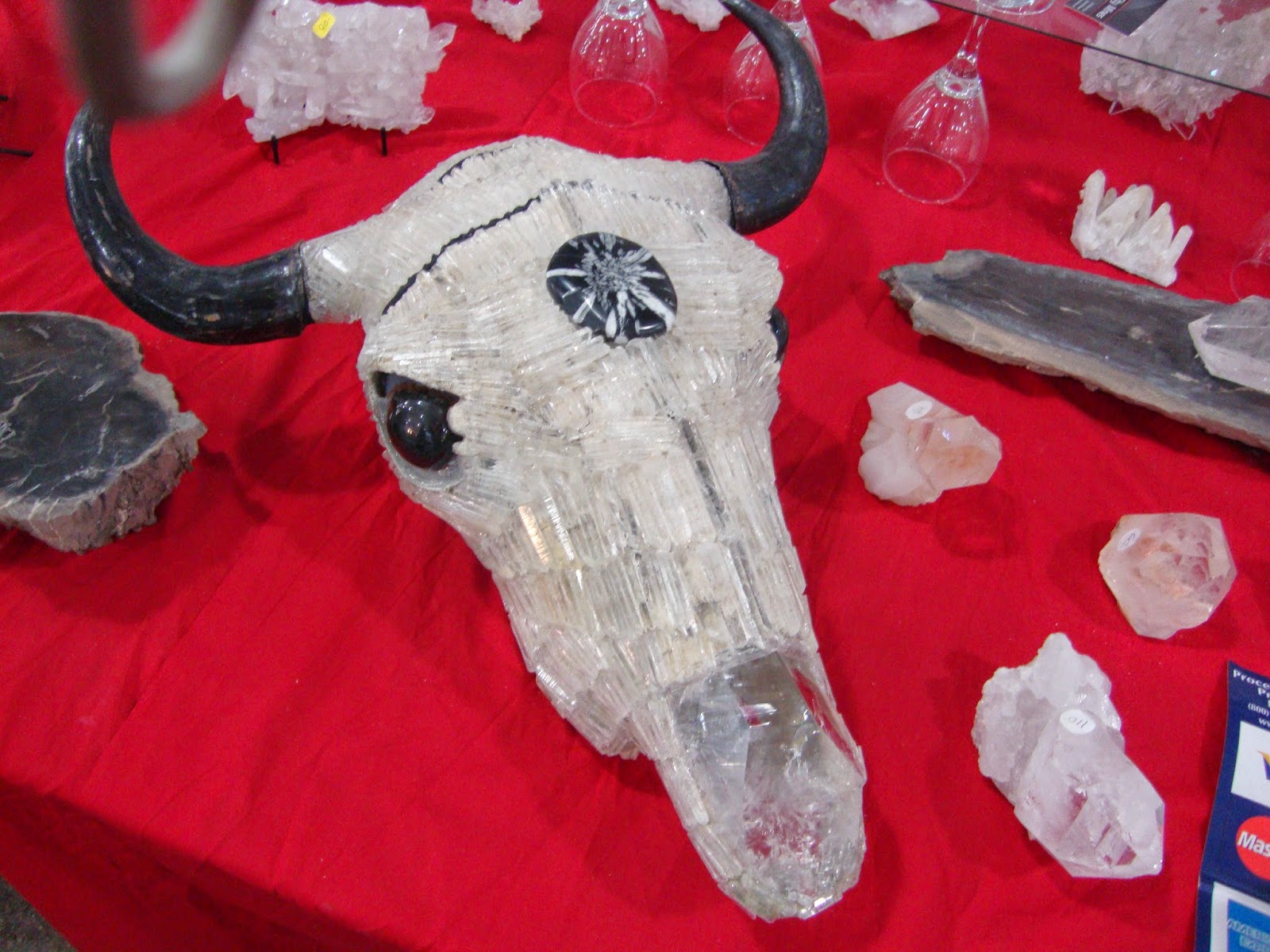 I ran onto a vendor selling specimens of red ruby and pink-red spinel and decided I really need one of each-$5 per specimen.  Their colors contrast nicely with the white marble matrix.  From what the vendor told me, all of his gems come from Pakistan in an area named the Hunza Valley The gem deposit are located in rocks (metamorphic ocean platform carbonates) that were modified when proto-India banged into the Asian continent during the Himalayan mountain building events.