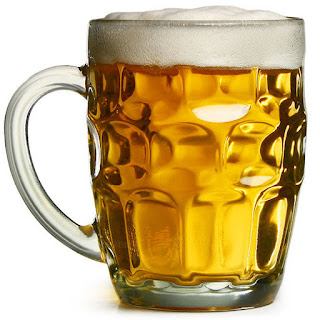 Day ? of the shelter-in-place has arrived and it is much like yesterday, and the day before, etc.  The only difference has been picking up pre-ordered groceries from the store.  The checkers just toss them in the trunk, and I wipe them down with disinfectant in the garage.  The major excitement comes from examining the “could not fill list.”  It was 70 degrees and sunny today while tomorrow brings subfreezing temps, snow, and lots of winds. Yuk.  But, plenty of books to read and there is always writing and looking at minerals.  So, compared to many people, especially those who have lost jobs, life is pretty darn good.

I pulled out a mineral specimen today from a previous Tucson show that has been on my “to do” since it is a somewhat rare phosphate mineral that has some nice crystals—tarbuttite [Zn2(PO4)(OH)] from the Kabwe Mines in Zambia, Africa.  Now if you would search for Kabwe Mines you would notice that: 1) Kabwe is Zambia’s second largest city; 2) Zambia was formally named Northern Rhodesia and colonized/governed by the British. It received independence in 1964; 3) it is one of the 10 most polluted places in the world (mining); and 4) a skull of early hominoid was discovered in 1921 and named Homo rhodesiensis but later assigned to Homo heidelbergensis. The cavern in the mine containing the skull was named the Bone Cavern and also produced animal bones cemented together by rare phosphate minerals (Notebaart and Korowski, 1980). Decades ago we learned about this find, the Broken Hill Man, in our anthro class.  The mines were previously named the Broken Hill Mines and that moniker is on my mineral label.  It also was in the collection of a German rockhound (I think) since the mineral was listed as tarbuttit (the e is missing).

Zambia is also famous as the site of Victoria Falls on the Zambezi River, a stream acting as the international boundary between Zambia and Zimbabwe (formally Southern Rhodesia).  It is considered to be the largest waterfall in the world due to its width of 5, 604 feet rather than its height (~350 feet).  The course of the River, and the Falls, seem controlled by faults and/or joints in the underlying Mesozoic basalts.

Tarbuttite come in a variety of pastel colors with the chromophores being copper or iron oxides; however, my specimen contains colorless and clear crystals (like most specimens).  The crystals are short prismatic to equant, often deeply striated, and appear either as individuals (rounded or with crisp faces), sheaf-like aggregates, or pseudomorphic crusts.  They have a vitreous/pearly luster, a hardness of around 3.5 (Mohs), and leave a white streak.  Crystals are transparent to translucent and have one plane of perfect cleavage.  Most rockhounds would identify this kind of nondescript mineral by knowing it came from a zinc mine and even then, I could confuse it with other rare phosphates.  It has only been identified at about 8 localities in the world. 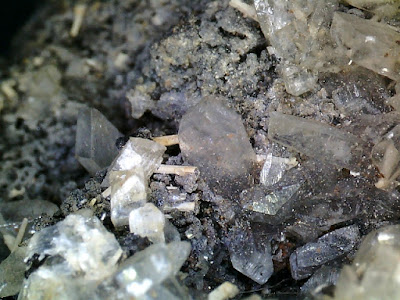 Spencer (1908) noted that at the type locality (Broken Hill #2 deposit) tarbuttite is was found in great abundance. Notebart and Korowski (1980) stated that in the late 1970s tarbuttite could be collected from the No. 2 open pit, and surrounding dumps. At this locality tarbuttite appeared as well-defined colorless crystals on masses of cellular goethite (iron oxide). I presume that my specimen was collected during this time period.
The lead-zinc deposits at Kabwe are hosted in Precambrian dolomites with mineralization of the sulfide ore deposits at around ~680 Ma (latest Precambrian but younger than the carbonate host rock). The major sulfide (primary minerals) are sphalerite (zinc sulfide), galena (lead sulfide), and pyrite (iron sulfide).  Most of the other minerals found at Kabwe are oxide minerals in the supergene zone above the primary minerals and are the best known and most collectable.  Among these are six rare zinc phosphates including tarbuttite (Kabwe is the Type Locality for tarbuttite, parahopeite, and zincolibethenite). 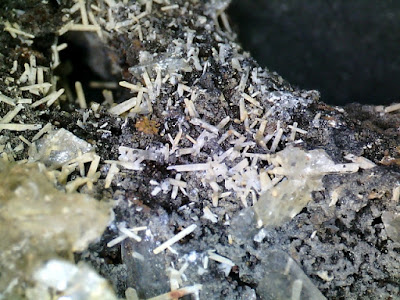 The Kabwe Mine (the Broken Hill Mine) was discovered in 1902 and mining commenced in 1904 and continued until the late 1900s, but even today artisanal specimen exploration of the tailings continue.  Zinc was the major bread winner with a production of 1.8 million metric tons produced while lead came in second at 0.8 million metric tons. For those of us in the States, a metric ton is 2205 pounds, 205 pounds over our standard ton of 2000 pounds.

The above information about the Broken Hill Mine was gleaned from a great article by Malcolm Southwood and others in 2019. That same issue of Rocks and Minerals also has an article on tarbuttite collected from the Skorpion Mine in Namibia.

I thought it interesting to quote some of the original verbiage from Spencer (1908) as he originally described tarbuttite. Note: 1) the gentlemen-like language in the article; and 2) the use of laboratory tests that would seem rather primitive in today's modern world of electronic gizmos.

For the basic zinc phosphate to be now described I have proposed the name of tarbuttite, 1 after Mr. Percy Coventry Tarhutt, who himself collected, at the Broken Hill mines iu Rhodesia, several of the specimens which he has generously presented to the British Museum.
Chemical composition.--When heated in a bulb-tube, tarbuttite behaves quite differently from hopeite and parahopeite. At a high temperature it decrepitates slightly and gives off only a small amount of water. The material, when hot, is of a bright yellow eolour, which changes to pure white on cooling; the crystals are then opaque with a porcellanous appearance. This change in colour indicates that there is a separation of zinc oxide, and that tarbuttite is a basic zinc salt. Heated before the blowpipe on a loop of platinum wire, the mineral readily fuses to a clear, yellow bead, which on cooling crystallizes to an opaque, dark-grey bead ; fragments of this are doubly refracting. The mineral is readily soluble in dilute hydrochloric acid, and from this solution ammonia produces a bulky white precipitate which is readily soluble in excess of ammonia. Qualitative tests proved the presence of only zinc, phosphoric acid, and water ; cadmium is absent.

There is much more descriptive science in the article and I would suggest a peak at https://rruff-2.geo.arizona.edu/uploads/MM15_1.pdf.

In keeping with my alliteration theme on a not-to-exciting day, I am naming this posting a Tankard of Tarbuttite.  Does it mean anything?  Not really except for a wandering mind!

Spencer, L.J., 1908, On hopeite and other zinc phosphates and associated minerals from the Broken Hill mines, North-Western Rhodesia: The Mineralogical Magazine, v. XV, No. 68.
Posted by Mike at 8:55 PM 2 comments: