I cannot endure to waste anything so precious as autumnal sunshine by staying in the house.  Nathaniel Hawthorne 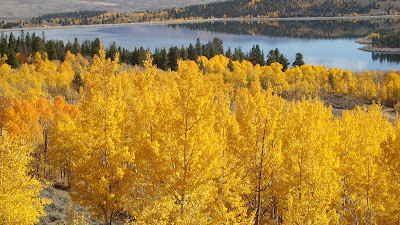 It is always nice to locate minerals that are associated with Lazard Cahn, the Honorary President of the Colorado Springs Mineralogical Society (CSMS).  The Society can trace its origin to November 1936 when 13 individuals met for the purpose of organizing a local mineralogical society.  Lazard Cahn was elected as the Permanent Honorary President; hence, the designation of such on all CSMS publications continuing into the 21st century.  I note with interest that at the initial meeting the new members spent their time examining micromounts under binocular microscopes.  Evidently the new society was the outgrowth of interest by persons studying microscopic crystals (AKA micromounts) under the instruction of Mr. Cahn (twice per week at his office).  The Society was active early on and by 1939 mineral displays were exhibited throughout Colorado Springs by the Chamber of Commerce. So, when mineral dealer and CSMS member Austin Cockell offered me the two mineral specimens complete with Cahn labels, I was only two happy to snap them up. 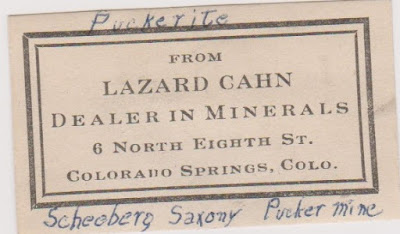 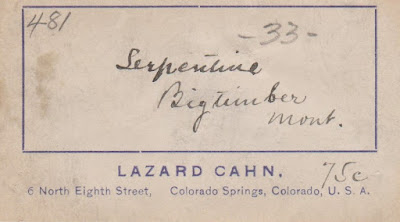 In addition to being a Cahn specimen, pucherite [Bi(VO4)], belongs to the vanadate class of minerals that are related to the arsenates and phosphates. These vanadates contain the element vanadium (5+ oxidation state) plus oxygen (with a 2- charge) arranged in in a tetrahedron where four oxygen ions are at the corners and surround the central vanadium ion.  Each of these tetrahedra then has a charge of 3-. 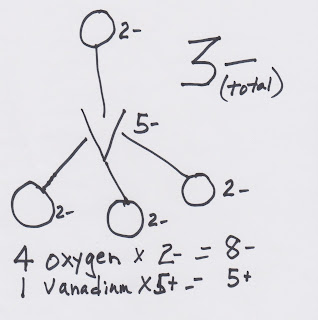 In pucherite, the positively charged bismuth (3+) is outside of the tetrahedron and neutralizes the vanadate ion. 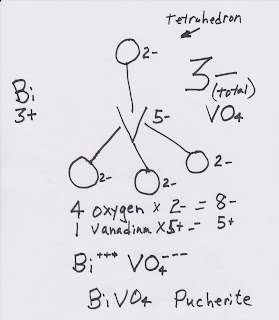 The phosphates [PO4 - - -] and the arsenates [AsO4- - -] ions are of similar size, have the same 3- oxidation state, and often replace and substitute for each other.  Of the three groups, the vanadates are by far the rarest with only carnotite (hydrated potassium uranyl vanadate) and vanadinite (lead chlorite vanadate) being recognizable and somewhat common minerals.

At first glance pucherite may “look like” its more common relative vanadinite. My specimen has the same reddish brown to yellowish brown color; however, the well-defined crystals with sharp angles do not have the hexagonal barrel shape of vanadinite but are tabular to equant and sometimes prismatic.  They have a vitreous to adamantine luster, are fairly soft with a hardness of 4 (Mohs), a distinctive yellow streak, a conchoidal fracture and are transparent to translucent. 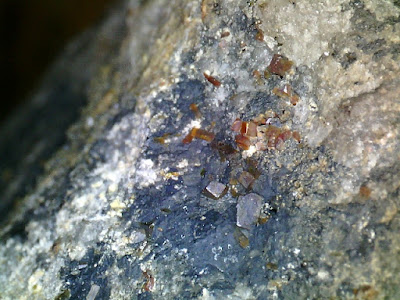 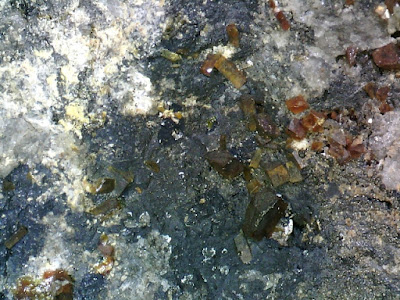 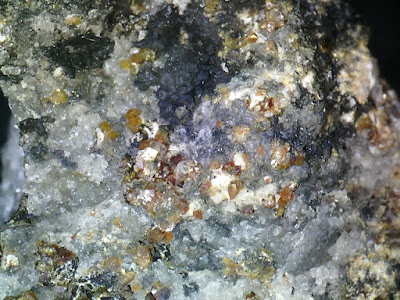 Cahn’s label describes the collecting locality as “Scheoberg Saxony Pucker mine.” Today we know the mineral was named for, and collected at, the Pucher Shaft, Wolfgang Maaßen Mine field, Schneeberg, Erzgebirgskreis, Saxony, Germany.  MinDat.org noted the area is a polymetallic deposit (Ag-Bi-Co-Ni-U-bearing veins), was worked for silver and bismuth since the 15th century, later for cobalt and, in the 20th century, for uranium. Most of the veins are hydrothermally formed. The rocks in the field are early Paleozoic and late Precambrian metamorphosed igneous and sedimentary rocks that were intruded by late Paleozoic granitic rocks.  All of this tectonic activity was a geologic mountain-building event caused by the collision of Gondwana and Eurasia to form the supercontinent of Pangaea. As for pucherite, it is a rare alteration product of other bismuth minerals in the oxidized zone of hydrothermal ore deposits (MinDat.org). Pucherite (Orthorhombic Crystal System) is also trimorphous (same chemistry but different crystal structure) with clinobisvanite (Monoclinic Crystal System) and dreyerite (Tetragonal Crystal System).

A second Cahn specimen is labeled “Serpentine Big Timber Mont.”  This rock was a little more difficult to pluck out information since: 1) serpentine is not actually a true individual mineral; and 2) I could not find any “serpentine mineral” located/collected/mined from near Big Timber.  But, I will go with what I have. The Dictionary of Geology (2019) describes serpentine as a “family of silicate minerals rich in magnesium and water, derived from low-temperature alteration or metamorphism of the minerals in ultramafic rocks. Rocks made up of serpentine minerals are called serpentinite. Serpentine minerals are light to dark green, commonly varied in hue, and greasy looking; the mineral feels slippery.”  There are about 20 varieties of serpentine that are hydrous magnesium iron phyllosilicate ((Mg, Fe)3Si2O5(OH)4) minerals,  Many of these minerals are similar to each other and often are very difficult to distinguish between without the use of electronic gizmos.  Various serpentine minerals are mined for magnesium, for a variety of asbestos, and for decorative rock and carving stone (fake jade).
My best estimate is that the Cahn specimen is a variety called chrysotile [Mg(Si2O5)(OH)4], a serpentine type of asbestos.  There are several asbestos minerals (composed of thin fibers) that are usually classified as either Amphibole Asbestos or Serpentine Asbestos.  The latter includes chrysotile (low temperature) with white curly fibers while antigorite (high temperature) and lizardite (low temperature) have platy habits.  The Cahn specimen has bands of the white curly fibers “emplaced” in a soft (~3 Mohs), very dark green (almost black) mineral with a greasy luster and feel.  There are no visible crystals and the specimen has a massive habit with the white curly fibers emplaced in bands. 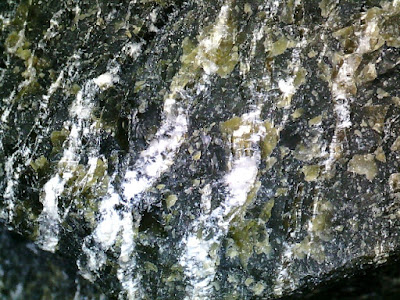 Serpentine minerals form by hydration and metamorphism of ultramafic rocks —those igneous and metamorphic rocks with high magnesium and iron content and low silica (such as peridotite, dunite, kimberlite, anorthosite and chromite)--in a process termed serpentization.  This action is usually associated with subduction zones along orogenic belts.

But, I have not solved the location of the Big Timber locality info.

Fall has always been my favorite season. The time when everything bursts with its last beauty, as if nature had been saving up all year for the grand finale.               Lauren DeStefano

ADDENDUM:  This is a great time of year , especially in area where one can experience yellow leaves and snow within a 24 hour period.  On October 9 I woke up knowing this was the day for magic. I grabbed a couple of bottles of water, jumped (well more likely boosted myself) in my pickup and headed up the mountains to my favorite small breakfast joint where I beefed up on a giant omelet and hot coffee.  It was then off to Cripple Creek and then back to the Springs via a back (and rough) road road that was built on the bed of the former Colorado Springs and Cripple Creek Railroad.  This winding railroad carried ores from the cripple Creek and Victor mines to the reduction mills in west Colorado Springs.  The road offers gorgeous views of the south flank of Pikes Peak.  The temperature was around 80 degrees.


The magic continued the next day as temps plummeted to the teens overnight and the win chill was 5 degrees at mid-morning coffee where snow was blowing in sideways from Wyoming.  I don't believe anything touched those flakes from Cheyenne to the Springs.